Firstly we wish you all a merry and safe Christmas and New Year.

2020 has been a very challenging year for many organisations and the Heritage Centre has been no exception. We’ve been forced to close for half of 2020, which has not only been disappointing for visitors, our volunteers and our staff, but it has also had a significant effect on the income we can generate to keep the site running. The bills don’t stop just because we are closed and we’ve taken every measure we can to batten down the hatches and reduce running costs as much as possible, so we can ride out the pandemic and have the site open to visitors again in 2021. Thank you for your donations and kind messages of support through this difficult time.

Despite a very difficult year, our volunteers have been busy developing, enhancing, and revamping the site and there is much good news to report!

Our shunting demonstrations, with the restored railway wagons, are very popular with all our visitors. We are striving to create an historical recreation with wagons dating from the 1920s, but our diesel loco from the 1970s, although functional, doesn’t fit with the period. A steam locomotive from the same era would really add to the recreation and would dramatically increase the fun and interest. 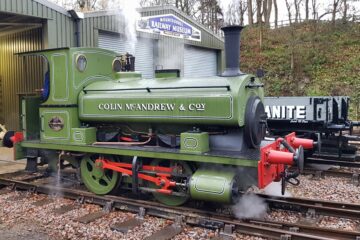 In September the opportunity arose to secure a 1911 built Andrew Barclay & Co. steam locomotive named “Colin McAndrew”. This is the perfect locomotive for many reasons. Its size is perfect, being a small industrial railway loco, it has a good water tank, firebox and boiler, which can be very expensive to replace, and it has just undergone a 10 year overhaul. This made it ideal for us.

Thanks to very generous donations from several project supporters, we were able to act quickly to secure the loco and “Colin” arrived at the Heritage Centre in late October.

Earlier this month “Colin” underwent its final checks from the boiler inspector to start the loco’s 10 year boiler certificate. Below is a short video showing Colin’s inspection and test runs in the Heritage Centre sidings. The loco will be in action when the Heritage Centre is allowed to reopen. 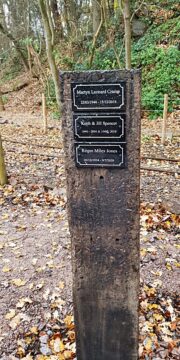 We’ve often been asked if we have a peaceful area where the ashes of loved ones could be spread, and a plaque erected in their memory. 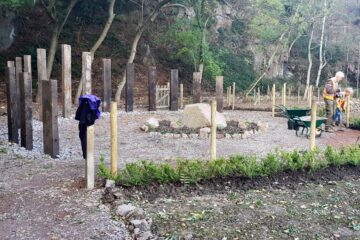 After 18 months of design and planning, our new Memorial Garden will be ready to open in the Spring. Our Volunteers have created a circular garden in a very beautiful and peaceful part of the old quarry bottom. On one side is a semi circle of upright railway sleepers where elegant granite plaques will be placed in memory of loved ones. On the opposite side there are benches, planting and granite rock features. The eco team have planted a variety of flowers ensuring the garden has colour throughout the year.

Plaques cost £180 with the option to spread a small amount of ashes if you wish. Plaque orders are already being taken and the first sleeper is almost full already. For an order form and further details, please send an email to Rachael 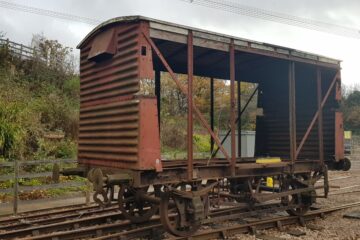 Our volunteers have commenced another new project to restore a 1930s London Midland & Scottish Railway box van. The vehicle was in very poor condition and at risk of being scrapped. It has been donated to the Heritage Centre and a project supporter has provided a donation to pay for materials for the restoration.

Our volunteers have made a good start and the rotten timber has been removed and the steel frame and chassis of the vehicle repaired and repainted. New timber has arrived and will be fitted early in 2021.

Once complete the wagon will be on display in the Heritage Centre sidings and will be used in our shunting demonstrations.

We are working alongside Leicester City Council and Leicestershire Industrial History Society to restore Victorian engineer Robert Stephenson’s historic Leicester Lift Bridge! One of Stephenson’s early challenges when building the Leicester & Swannington Railway was to design and build a timber lifting bridge, which would carry the railway over the Grand Union Canal, but which would still be able to rise to allow the passage of barges underneath. 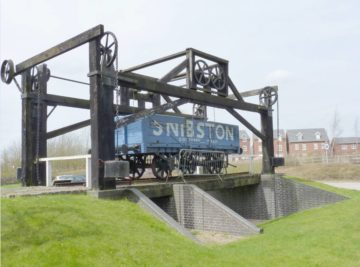 Although simple and small by the standards of his later engineering marvels, the bridge is an important example of his early work and early railway history. So much so that when the railway closed at the West Bridge site in Leicester in the 1960s, the bridge was moved and rebuilt as a part of the Riverside Walk adjacent to the Abbey Pumping Station (Leicester Museum of Technology). In 1992 it was moved and rebuilt for display at the then new Snibston Discovery Park at Coalville, and when Snibston closed in 2016 the extensive cast and wrought iron works of the bridge were placed into storage by Leicester City Museum Services. Sadly the timber structure of the bridge couldn’t be saved. After lengthy discussions surrounding the bridge’s future, Leicester City Council have agreed to donate it to the Mountsorrel And Rothley Community Heritage Centre. We are honoured to be offered such a prestigious exhibit. Our volunteers are eagerly awaiting the delivery of the Lift Bridge so they can begin the restoration work.

We hope to receive delivery in late January, subject to relaxation of the Covid rules.

During the lock-down our volunteers have taken the time to redecorate Granite’s Coffee Shop and re-coat the floor ready for re-opening. They have also re-covered the car park with fresh gravel to protect the car park tiles underneath. Throughout both lock-downs our volunteers have worked hard to maintain the site, ready for visitors to enjoy once we are able to re-open.

Since our devastating burglary back in September we have really ramped up on-site security with our “Project Fort Knox”! Over £6,000 has been invested in Fog Bandit systems that have been fitted in the museums and work shop (Granite’s already has a Fog Bandit). In the event of a burglary the system fills the building in seconds with non toxic fog. Whilst being perfectly safe the fog makes it impossible to see your hand in front of your face, making incursion into, and escape from, the building very difficult.

We are grateful to our electrician Jonathan for installing those. A very big thanks goes to Rossells Security who have provided free labour and alarm systems to upgrade all the various systems around the site. CCTV and flood lighting are also being installed at the main gates and the trail disabled gate.

Thank you to the many members of the public who donated to help us replace the equipment stolen. The generosity and messages of support we received really lifted everyone’s spirits! 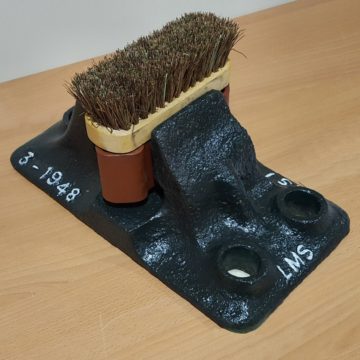 Our boot scrapers are available again! Our volunteers have been hard at work making boot scrapers out of old railway track chairs, which would normally hold the rails to the sleepers. These metal castings have been restored, painted and now have a brush fixed into the place where the rails would normally be. The castings have lettering which has been picked out with white paint. At only £40 they have proved very popular and are selling via Facebook whilst we are closed. We only have 8 remaining! Contact us on Facebook or email Steve Cramp to buy one. Please note we don’t offer a parcel delivery service so they may only be collected from the Heritage Centre.

The Heritage Centre and Granite’s Coffee Shop will remain closed until Covid restrictions are reduced to at least Tier 2. We would like to thank all of you for your continued support through what has been, and remains, a challenging time.

Merry Christmas and a Happy and Safe New Year to you all.