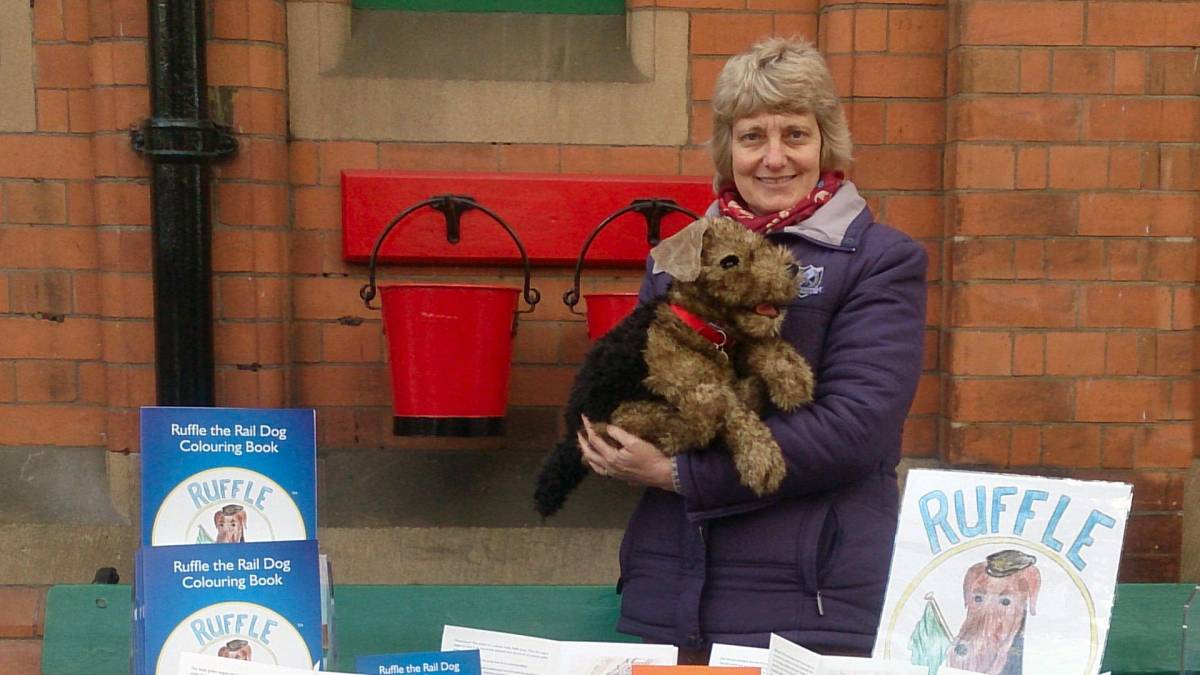 Meet Rachel, local author and illustrator of a new series of children’s books and Ruffle. From Wednesday May 18th, between 1:30pm and 2:30pm, Ruffle will be telling you all about his many adventures.

18th May
The first two Ruffle stories (see below) with a bit of physical theatre to get the children moving.
25th May
Meet Khin the marionettes and listen to the adventures of a prince with a magic carpet.
8th June
Say hello to the Agiliphant, an elephant who can do agility.
15th June
Weather permitting an outside story telling session, or in the Community Room if the weather is poor.

Check for updates or our Events page on Facebook

You can read more about Ruffle and the marionettes at http://ruffletheraildog.co.uk/ 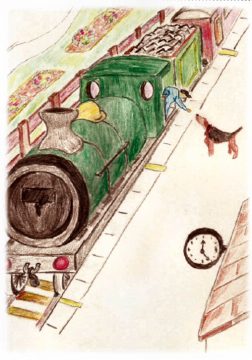 When Ruffle, the Airedale Terrier, knows that the garden gate has been left open, he can’t resist exploring along the tracks of the steam railway at the bottom of the garden, lured on by the smell of bacon!

Ruffle at the seaside 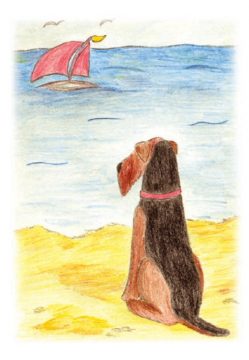 Ruffle quickly screwed his eyes tightly shut and held his breath. His ears were just about to burst when the carriage was flooded again with sunlight. Ruffle opened his eyes and let out a huge breath. He was sure his cheeks had puffed out!

Ruffle’s first train ride takes him to the seaside – the excitement of the sand, sea and salty smell! But when he sees that a small boat has capsized, Ruffle quickly raises the alarm.

Ruffle and the one eyed bear 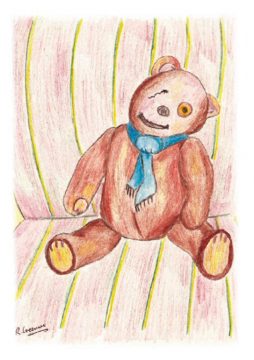 Ruffle discovers that some toys are very special as he reunites a little bear with his owner.

Ruffle at the fair 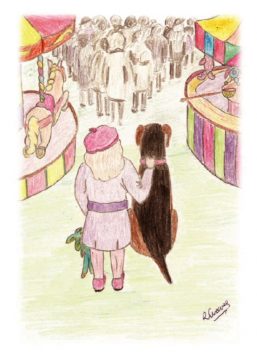 As he rounded a large white and blue striped tent, he stopped. In front of him was a large carousel ride with colourful wooden horses going round and round and up and down, all at the same time!

Ruffle’s journey takes him to the fair and the excitement of the rides. However, for one little girl, the fair becomes an unhappy place. But Ruffle is there to make sure things turn out alright. 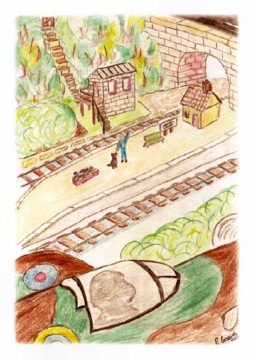 ‘Let’s give Ruffle a go!’ The small group stopped talking and turned towards Eric.

They looked at Ruffle with puzzled faces.

Could Ruffle really save the day, ensuring that the filming would go ahead?

Find out in Ruffle’s latest adventure.