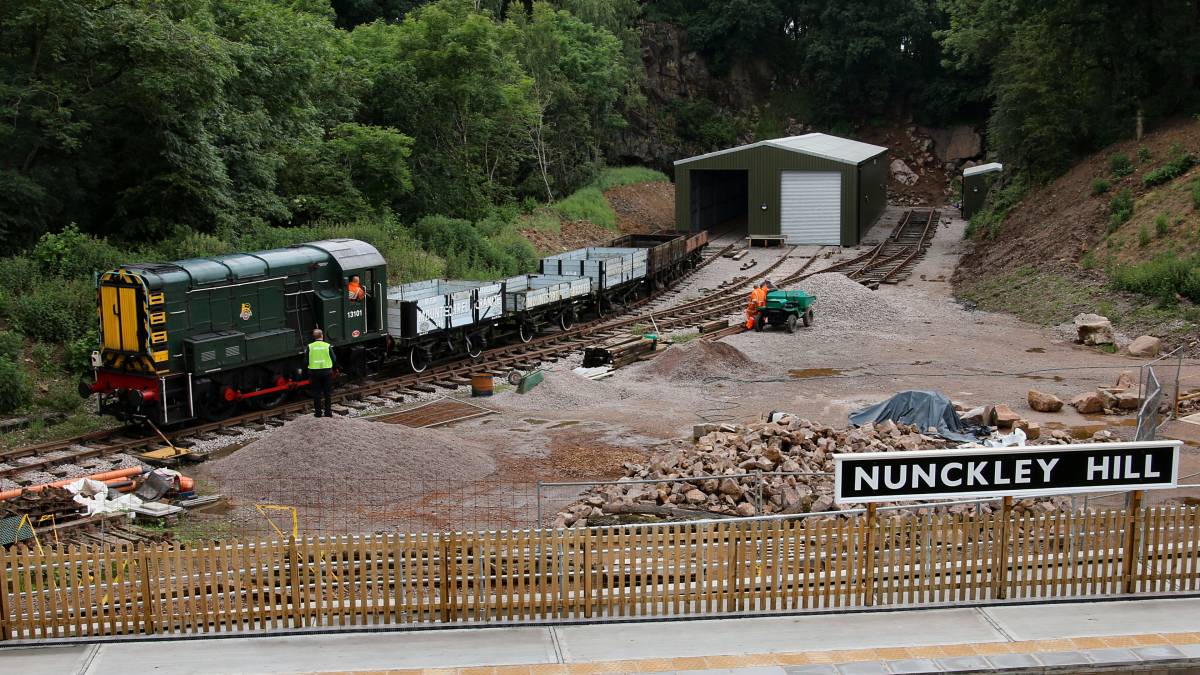 The three Mountsorrel Granite Company liveried wagons arrived at the heritage centre’s new railway museum to-day. The wagons were restored back in 2010, almost entirely by young people including a group of teenage girls on Tuesday evenings. The wagons will form an important element of the historic quarry recreation area we are creating in the base of the old Nunckley Hill quarry. Also arriving are two un-restored wagons that we aim to restore into Mountsorrel Granite Company livery over the winter to produce a fleet of five wagons.

A big thanks goes to Nick Tinsley for allowing his wagons to be used for the Mountsorrel project and to the GCR for moving the wagons today.