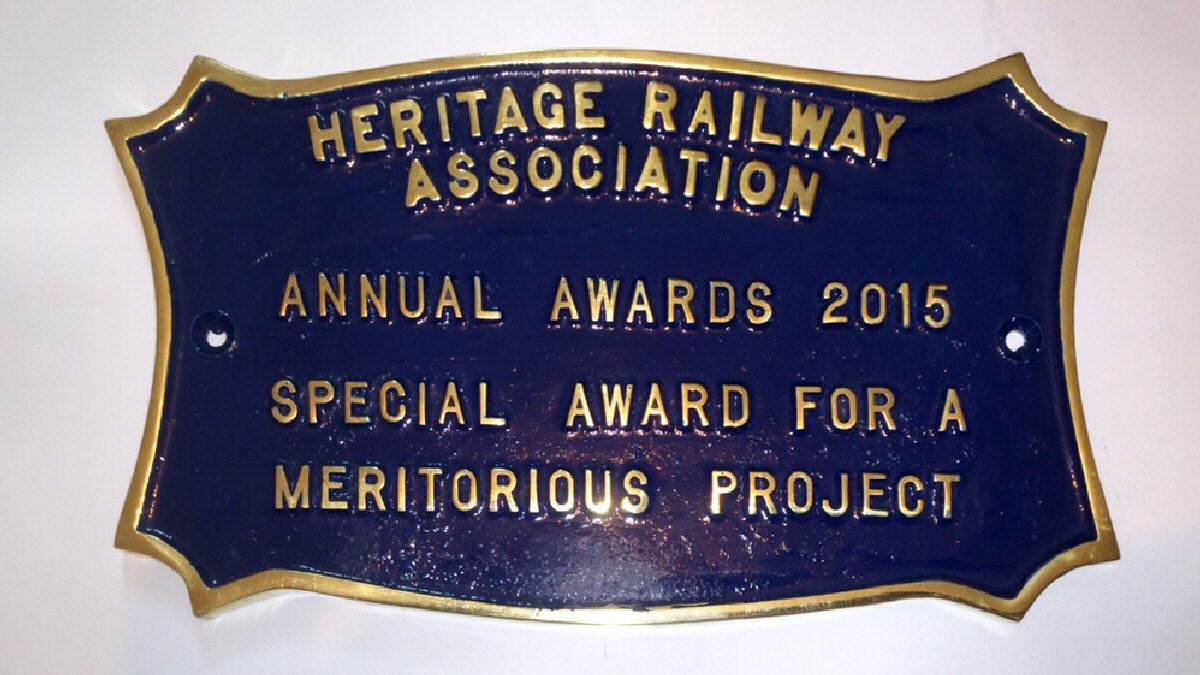 As the Mountsorrel and Rothley Community Heritage Centre rapidly approaches completion, the restored quarry line railway has won a prestigious national award from the Heritage Railway Association. At the Association’s Annual Awards Presentation held in Wolverhampton on the 6th February, the resurrected branch line was short listed, and then won outright, a “Special Award for a Meritorious Project”. The award was made in the name of the Great Central Railway for the outstanding and successful reinstatement of the line after seven years of volunteer effort.

The citation for the award read

For the Mountsorrel Branch line project, which has involved a huge effort by the community to provide a branch line joining an established heritage railway with the potential to offer access to an exhibition building, railway museum and Community Heritage Centre.

Commenting on this latest award, Project Leader Steve Cramp said, “The Heritage Railway Association awards are seen as the ‘Oscars’ of the Heritage world and our volunteers are thrilled that this gives us national recognition, even before the railway has fully opened! The only amendment we would want to make to the citation is that our Heritage Centre, Museum and Exhibition buildings are no longer potential attractions – they have been built and are now being finished ready for an opening in just a few months’ time”.

The award was presented to Mountsorrel Railway Project volunteers Carole Armour and Malcolm Law by Mark Garnier MP, who has succeeded Nicky Morgan MP as chair of the All Party Heritage Railways Parliamentary Group.

This website uses cookies to improve your experience while you navigate through the website. Out of these, the cookies that are categorized as necessary are stored on your browser as they are essential for the working of basic functionalities of the website. We also use third-party cookies that help us analyze and understand how you use this website. These cookies will be stored in your browser only with your consent. You also have the option to opt-out of these cookies. But opting out of some of these cookies may affect your browsing experience.
Necessary Always Enabled
Necessary cookies are absolutely essential for the website to function properly. This category only includes cookies that ensures basic functionalities and security features of the website. These cookies do not store any personal information.
SAVE & ACCEPT